“LGBTQ2S” stands for Lesbian, Gay, Bisexual, Transgender, Queer and Questioning, and Two Spirit. Lesbian, gay and bisexual refer to an individual’s sexual orientation, while transgender refers to gender identity and questioning, (LGBTQ2S) refers to those who are in the process of exploring the nature of their sexual orientation or gender identity. To learn more about the two-spirit identity, visit Two Spirit Ι Health Resources. LGBTQ2S individuals are generally thought to be at higher risk for suicidal behavior because sexual orientation and gender identity are not included on death certificates, we do not actually know whether LGBTQ2S youth die by suicide more often than their peers. However, several studies have shown that LGBTQ2S or sexual minority youth think about and attempt suicide more frequently than their sexual majority peers. While data limitations make it difficult to determine whether LGBTQ2S youth actually die by suicide at a higher rate than straight youth, the fact that they have a higher attempt rate makes it probable that they may indeed have a higher rate of suicide death.

While being an individual identified as LGBTQ2S in and of itself is not a risk factor for suicide, LGBTQ2S youth are at risk for suicide. Risk factors for suicide include those found for youth in general, but also include additional risk factors more likely to occur with LGBTQ2S issues such as discrimination, victimization, lack of social support, family issues, homelessness, and behavioral health disorders. Protective factors that can help mitigate suicide risk for LGBTQ2S individuals include strong family or peer support, connections with school staff or other caring adults, positive relationships, and access to behavioral health professionals and primary healthcare providers.

It is very important to recognize that the time of “coming out” to friends and family can be associated with a high degree of stress, especially for those individuals who lack good support systems. Care providers need to discuss their client’s plans for this experience to help  ensure adequate resources and supports are available during this difficult time.

One great resource for youth during times of “coming out” or during times of isolation, stress, loneliness,and despair, is The Trevor Project. “The Trevor Project is the leading national organization providing crisis intervention and suicide prevention services to lesbian, gay, bisexual, transgender, queer & questioning (LGBTQ) young people under 25.” They not only have a TrevorLifeline (1-866-488-7386) but they also have TrevorChat, TrevorText and TrevorSpace accessible through their website thetrevorproject.org. Furthermore, The Trevor Project has a guide “COMING OUT – A Handbook for LGBTQ Young People” that can be helpful to youth and their caregivers. 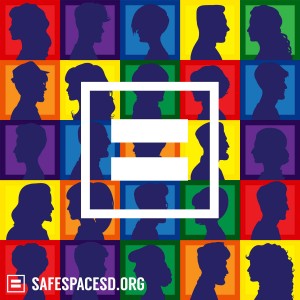 More information about LGBTQ youth and resources can also be found on the CDC website.

If you are interested in obtaining these materials, order materials here.